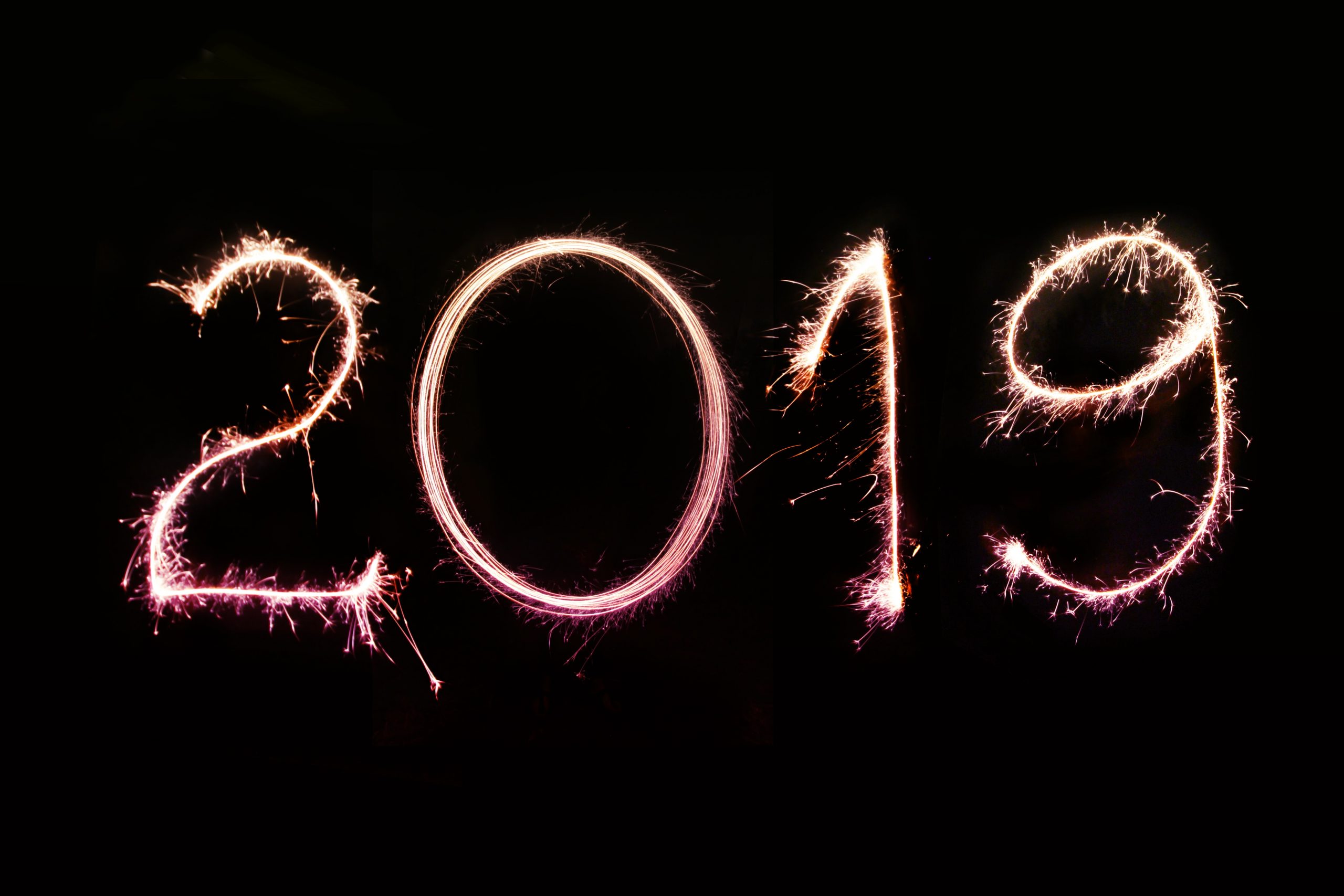 It’s that time of the year again; the time of familiar festive tunes and calorific treats, that lead us to reflect on the twelve months that have passed since we last ate a sprout and sang along to the Pogues.  During 2019, Employment Tribunals have been in receipt of increasing numbers of claims following the end of the payment of fees to bring a claim:  for example, from July to September 2019, claims received were up by 38% compared to the same period a year ago, according to the Ministry of Justice.  Here is the View HR team’s countdown of some of this year’s more interesting cases in England and Wales, and our exploration of their potential implications for employers.

In July the Liverpool Employment Tribunal heard the case of Mrs M West v Funky Owl Pub (Holdings) Limited.  Mrs West had been working at the Funky Owl when it closed for refurbishment in 2018.  When it was due to reopen, it advertised for staff between the ages of 18 and 25 years old.  Mrs West was 64 at the time, and when she enquired regarding the possibility of recommencing employment, Mrs West was told by a manager that she had no chance “of ever working [t]here again”.  The Employment Tribunal found (unsurprisingly) that direct and indirect discrimination on grounds of age had occurred, and made an award for injury to feelings.

Such blatant examples of age discrimination are, thankfully, less common than they used to be.  However, in trying to recruit staff who are a good fit, employers can inadvertently risk committing an act of age discrimination.  For example, the term “young” may be unwisely used in a job advert, when the employer is actually seeking characteristics such as “energetic” or “ambitious”.  Employers should also remember that age discrimination can cut both ways, and not assume that a younger person is insufficiently skilled to undertake a senior role.  Care should be taken when writing job adverts, as requiring unnecessarily lengthy experience (e.g. “15+ years’ experience as a Receptionist”) may risk discriminating against younger people, as well as excluding potentially valuable talent.  Instead, think about what you want the person to have achieved in their career so far – after all, somebody may have spent that 15 years doing nothing but the bare minimum!

#4.  Should Shared Parental Leave be paid the same as Maternity Leave?

Mr Hextall brought an indirect sex discrimination case, but the Court of Appeal found that he should have brought an equal pay claim instead.  However, this point was moot, as employers are allowed to offer enhanced maternity pay terms, as this amounts to special treatment afforded in connection with pregnancy or childbirth, which is an exception to the right to equal pay.

As such, any employers offering enhanced maternity pay but just statutory pay for shared parental leave will be reassured by this case, as direct or indirect sex discrimination claims are unlikely to succeed assuming there are not other factors not considered by these judgments.  However, if you are looking to encourage uptake of shared parental leave as part of wider discussions regarding equality, it may be appropriate to review this approach.

#3.  What’s the real reason for dismissal?

In the case of Ms K Jhuti v Royal Mail Group Ltd, Ms Jhuti raised concerns to a line manager which constituted an act of whistleblowing.  Her line manager, however, took exception to this, and subsequently contrived a situation which resulted in Ms Jhuti being dismissed for the stated reason of poor performance.  In its November 2019 judgment of Ms Jhuti’s appeal, the Supreme Court identified that in this case there was both a “real” and “invented” reason for dismissal, and that the real reason was Ms Jhuti’s act of whistleblowing, which is an automatically unfair reason for dismissal.

If you are an employer and an employee has blown the whistle, their concerns should be thoroughly investigated by an appropriately independent person.  However, you may have an employee who you feel is causing you difficulty for another reason, and in this situation, you might be tempted to try and find a simple alternative solution to end their employment. Yet the case of Ms K Jhuti v Royal Mail Group Ltd means that if there could be another hidden reason for the dismissal, the Employment Tribunal can consider that instead of the stated reason.  It may well therefore be best to deal with the real problem in the first place, rather than having your ulterior motives discovered in court.

#2.  Vegetarianism is not a protected characteristic…but veganism might be

Almost topping our festive chart in second place is the case of Mr G Conisbee v Crossley Farms Ltd, in which the claimant resigned claiming discrimination on the grounds of his vegetarianism.  The case centred around the question of whether or not Mr Conisbee’s vegetarianism constituted a religious or philosophical belief under the Equality Act 2010.  The Tribunal found that it did not, however, noted that veganism may indeed meet this definition.  A case yet to be heard against the League Against Cruel Sports, brought by former employee Jordi Casamitjiana who claims the reason for his dismissal was his “ethical veganism”, will put this to the test, and so watch this space for that ruling, expected in 2020.[5]

Regardless of the legal position, however, it is interesting to consider how Mr Conisbee claims he was treated by his colleagues, including examples of him being tricked into eating foods he discovered later contained animal products such as duck fat.  Whether or not somebody is protected by the Equality Act, allowing employees to ridicule others for their sincerely held beliefs can create division that impacts on motivation and performance, lead to grievances, and, ultimately, result in the staff leaving the business.  If employers want to retain staff and save the costs associated with recruitment and disputes, then a dignity at work policy and associated training can help put a stop to these troubling behaviours.  It may also be appropriate to consider applying the organisation’s disciplinary procedure if bullying is taking place.

Finally, our Christmas number one is the case of Tillman v Egon Zehnder Ltd, which also made it all the way to the Supreme Court in January this year.  Ms Tillman left employment with Egon Zehnder Ltd to commence a role with a competitor shortly after, thus breaching the restrictive covenant within her contract with Egon Zehnder that applied for a period of six months post-termination.  Ms Tillman argued that this clause was so unreasonably wide that it was unenforceable, as she claimed the wording “interested in” would be breached even if she just had a nominal shareholding in a competitor, and as such the clause went further than necessary to protect the interests of her former employer.

The Supreme Court agreed that this element of the clause was unreasonably restrictive.  However, they also found that the words ‘interested in’ could be deleted from the clause in question, thus removing the unreasonable element, and render the remainder of the covenant enforceable.  As such, Ms Tillman remained in breach.

This is an interesting case for any employer who is concerned about the commercial impacts of their employees leaving them to work for a competitor, or even set up in competition.  Overall this case is good news if you are in this situation, as the judgment validates the use of appropriate restrictive covenants.  However, it also demonstrates that these may not be enforceable if written too broadly, which will depend on various factors, including the role the person is in.  As such, the View HR team recommends that you consider appropriate contract wording for different roles, rather than just having standard wording across the whole organisation.  And if your restrictive covenants contain the wording “interested in”, now may be time for a review.

Looking forward to 2020, a hot topic to watch is the question of employment status.  In 2018 high profile cases such as those against Uber and Pimlico Plumbers established that there is more to determining employment status than just stating that somebody is self-employed in a contract for service.  Over the coming year, we are due to see the implementation of the Good Work Plan and changes to IR35 (although with a brand new UK Government, things may change), which address this issue from two different perspectives.  More on this from us in the New Year!